Following his departure as longtime vocalist for Chicago doom legends Trouble in 2008, Eric Wagner promptly removed himself from the spotlight and began intently writing new material of a more personal nature. Those writing sessions would yield the musical inspiration for Blackfinger. Described adamantly as a “band” and not a “project”, Blackfinger began to take shape as a unit in 2009, with Wagner recruiting hometown friends Rico Bianchi and Doug Hakes on guitars, Ben Smith on bass, and Larry Piatz on drums. Over the course of the next four years, the group would meticulously craft and commit eleven tracks to tape. These tracks, with their many peaks and valleys of heaviness and melancholy, along with Wagner’s signature vocals, would ultimately become the self titled debut album. “Blackfinger” will mark the singer’s first recorded output since Trouble’s 2007 release “Simple Mind Condition”.

Between 2010 and 2012, Blackfinger would find themselves playing a handful of high profile hometown shows in the Chicago area to great acclaim, and the band would tease the crowds further with their release of the band’s “All The Leaves Are Brown” single. Add two epic appearances at Milwaukee’s Days Of The Doomed Fest I & II in 2011 and 2012, and interest in Blackfinger quickly became a major buzz in the doom metal scene and beyond.

In August of 2013, fans of Eric and Blackfinger were put on notice that it would not be much longer before the debut record would be unleashed. Blackfinger signed a worldwide deal with Germany’s The Church Within Records, and a January 2014 release date was set.

The release of Blackfinger was met with praise from fans and critics alike, and it did not take long for the band to hit the road. Kicking things off with a triumphant return to Milwaukee’s Days Of The Doomed Fest in June of 2014, Blackfinger would head east on an eight date tour playing to the thunderous applause of fans from Cleveland to Brooklyn. After one final date in Eric’s hometown of Chicago, the amps would go silent in the Blackfinger camp, but it would not be silent forever…

Over the next few years, Eric remained consistently busy with The Skull, releasing “For Those Which Are Asleep”, touring Europe, and taking on a lengthy US tour with fellow doom pioneers Saint Vitus. Ever the creative lyricist, Eric continued to work on material for the sophomore Blackfinger album in his down time- material that would have a slightly darker tone than before.

With the decision to relocate to the Pittsburgh area in 2015, it only made sense to revamp the Blackfinger line up. This move would see Eric team up with another stalwart of the doom scene, guitarist Terry Weston of Dream Death and Penance. Together with Matthew Tuite on second guitar, Matthew Cross on bass, and drummer David Snyder, Blackfinger would begin fine tuning the music that would be featured on the next album.

The spring of 2017 would see Blackfinger enter the studio to record “When Colors Fade Away”, a powerful collection of songs that would pick up where the debut album left off, but take the listener even further down the path less travelled. Sonic landscapes of endless peaks and valleys, “When Colors Fade Away” will satiate the most ardent of doom fans, yet appeal to those beyond with its exquisite craftsmanship and beautiful storytelling.

With the recent signing to M-Theory Audio, the new label recently launched by Marco Barbieri, former president of Century Media Records, Blackfinger is poised to release the massive “When Colors Fade Away” this summer, with live dates forthcoming. The story of Blackfinger continues… 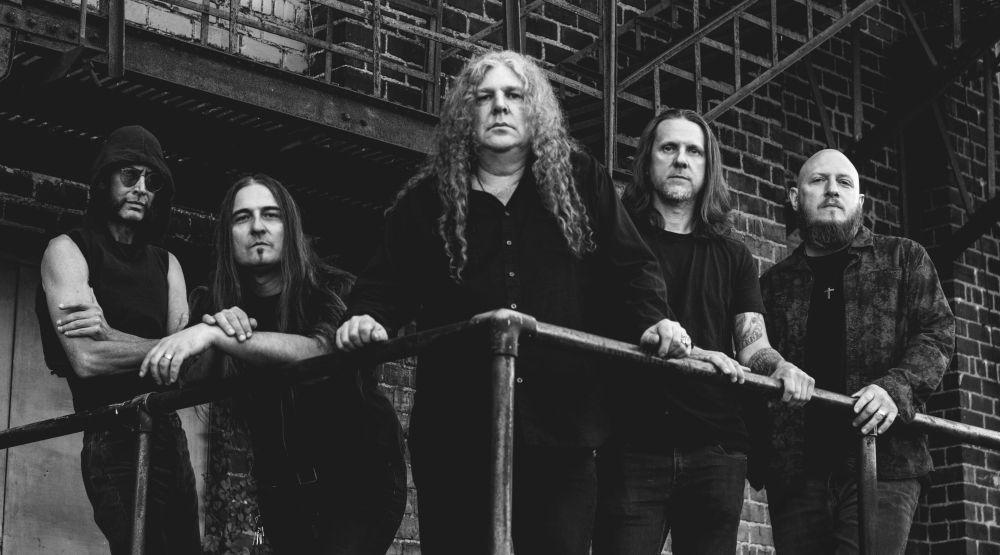