Following their triumphant Summer festival run this June and July, Australian metal giants, Parkway Drive have announced their biggest-ever European/UK tour in January and February 2019. The tour will include several arenas, as well as biggest venues they’ve played in Europe so far. Please see below for the full list of dates. Tickets will go on sale on Friday, July 6th, 11am CET

Parkway Drive released their sixth studio album, Reverence, on May 4th to mass critical acclaim. It was also band’s highest charted album in Europe, and has entered the official German Albums Chart at number 3, Belgium at number 5 and United Kingdom at number 14.

“Reverence represents the most honest and personal record we have ever created,” says Parkway Drive frontman Winston McCall. “It has been born through pain, sacrifice, and conviction, with the ultimate goal of expanding not only what Parkway Drive stand for musically, but who we are as people. Thank you for listening.” 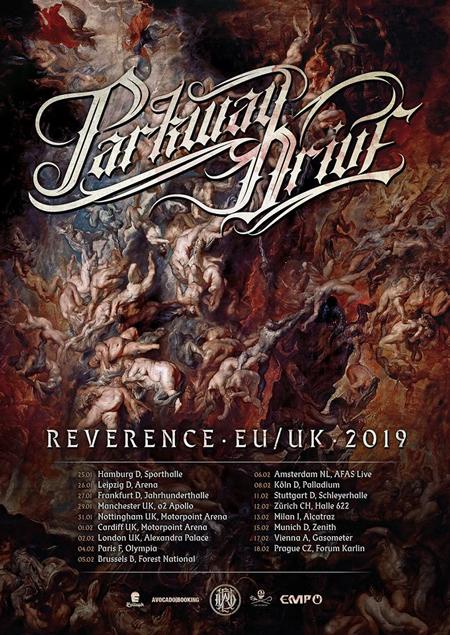