The Apocalypse. Earth in 2068 is a poisonous, nuclear wasteland in which the last remnants of humanity fight to avert their imminent extinction. But how did this come to pass? No cataclysmic event – natural or cosmic – happened, except for one: All it took to create hell on earth was mankind. We lost our way somewhere along, and became more and more driven by envy and greed, ultimately neglecting humanity and the world we lived in. When the war for mankind’s soul was lost, everything fell prey to decay and erosion. But there are those who refuse to give in to dread and doom, refuse to let hope die. Those who give warning and at the same time set out to rebuild the world and the crushed spirit of man.

This is the story of CHONTARAZ.

Where 2017s debut album Rondamauh provided the setting, Speed The Bullet (release: February 1st, 2019 via SAOL) elaborately deals with the intrinsic factors which motivate us for good or bad. The visually powerful, very professionally produced post-apocalyptic video for the upcoming first single Blind takes us into this merciless wasteland of our possible future and sets the tune for what’s to expect from the band’s sophomore album. The track will be available digitally across all relevant platforms from December 7th, the brilliant video is now online:

Through the fictional characters in the band – AKHON the passion, KRAAKH the realist, RHIMM the loyalty, NAAGH the energy and CHONTARAZ the preacher – the most simple yet difficult truth is conveyed: Sometime in the future, this will be the world we live in, if we don’t immediately start protecting what we have, and taking care of it – this referring to both our environment and each other as human beings. Don’t allow yourself to be blinded, never give up, oppose cynicism, believe in yourself. Positive ideas like that are desperately needed in today’s ever-changing, hectic and often cold world.
Be it hypercapitalism, inner demons, selfishness or dishonesty, all these factors will only serve to SPEED THE BULLET in the Russian roulette mankind has created for itself. 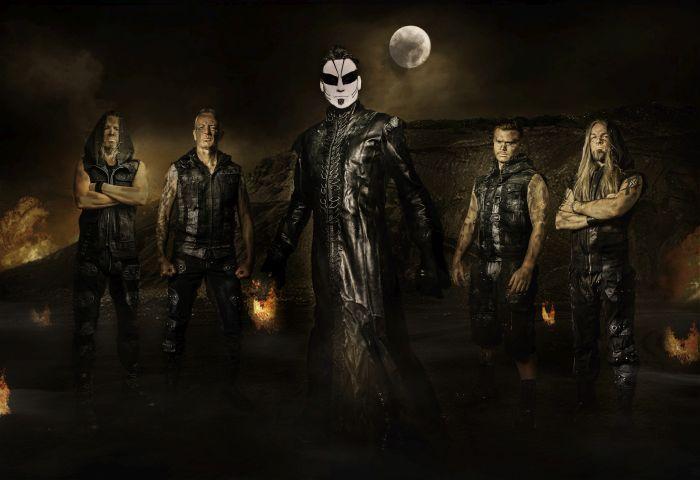 The Norwegian band will support Soulfly at four German shows.