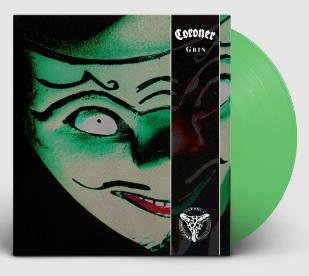 This album saw the band move even further forward with sonic diversity and encapsulated a more groove lead sound with industrial elements, which were popular during the mid-nineties. It’s songs were longer, more complex and the most experimental the band have ever written. Grin is a technical marvel and in ’96 was risky and very ahead of its time which has led to it being hailed, posthumously as an innovative classic of its genre.