Epic, powerful music for your imagination! 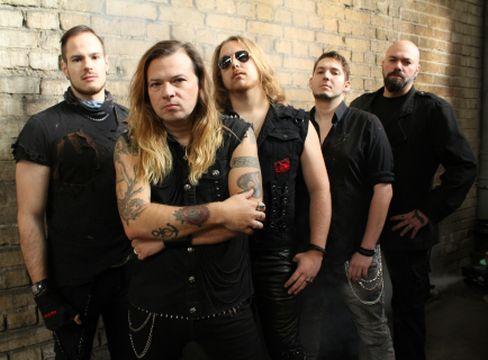 Dreamworld Collapse is a pure-blooded concept album in the spirit of the grand masterpieces of rock and heavy music. The fast-paced and epic science fiction story from the mind of vocalist Stefan Zörner tells of the urge for freedom, of courage and rebellion, all on the stage of a dystopian future.

Congenially laid down in music and endowed with big, orchestral arrangements (Dreamworld Collapse Suite, Grave New World) as well as crunchy, hard metal songs (Brick By Brick, The Secret, Iconic Failure), SpiteFuel surpass themselves and ignite an emotional, veritable musical fireworks display. The long tracks Brilliant White Lies and the four-part Dreamworld Collapse Suite move on head-spinning levels of musicianship and are ‘progressive’ as well as ‘melodic’. They will seduce you to close your eyes and lose yourself in the thrilling concept. Supported by guests (female vocals, flute, orchestration and grand piano) that seamlessly integrate into the powerful yet transparent sound of the album, Dreamworld Collapse is an impressive and emotional work.

Tracks like Under Fire are breathing the spirit of golden 80’s metal music and take the highlights from the first album one step further. The captivating guitar work, the driving, multi-faceted drumming and a pumping bass complete the big picture of a band that has been forged into a unit in the course of numerous shows and festivals and that now performs stronger and better-attuned than ever before.

Dreamworld Collapse was – like its predecessor – recorded and produced at Gernhart Studio (Destruction, Tankard, SuidAkrA) in Troisdorf by Martin Buchwalter. By cooperating with a second producer, film music composer and pianist Michael Fiedler in his studio (Traumwerkstatt) in Muehlacker, the band added the orchestral, conceptual side of the album. The renowned artist Kris Verwimp (SuidAkrA, Immortal, Arch Enemy) was won over to create the extraordinary cover artwork. SpiteFuel have fulfilled the high expectations and cement their reputation as one of the hottest German acts of today.

Epic, powerful music for your imagination!