Jen Majura’s (Evanescence, Jen Majura) new album announcement got the fans very excited a few weeks ago and her crowdfunding campaign has been going killer since then. While waiting for the first single to drop soon, you can now get an eye-candyesque sneak peek of what’s to come!

The divine Jen Majura just published online the making-of video of the photo shoot she did with her long-time friend Tom Row for the layout of her second solo album "InZENity", and it’s all about striking epic poses, wearing crazy outfits and having a good laugh!

Check it out below:

You still have one month left to become part of history by joining the highly successful crowdfunding campaign Jen launched on Indiegogo at the end of July. She has just surpassed the 150% mark of her starting goal and she certainly doesn't intend to stop there!

The long-awaited "InZENity" album is to be released on SAOL on November 24th. Prepare yourself to get shaken by insane guitar licks and catchy choruses, because Jen Majura is back on the loose and she’s coming for you! 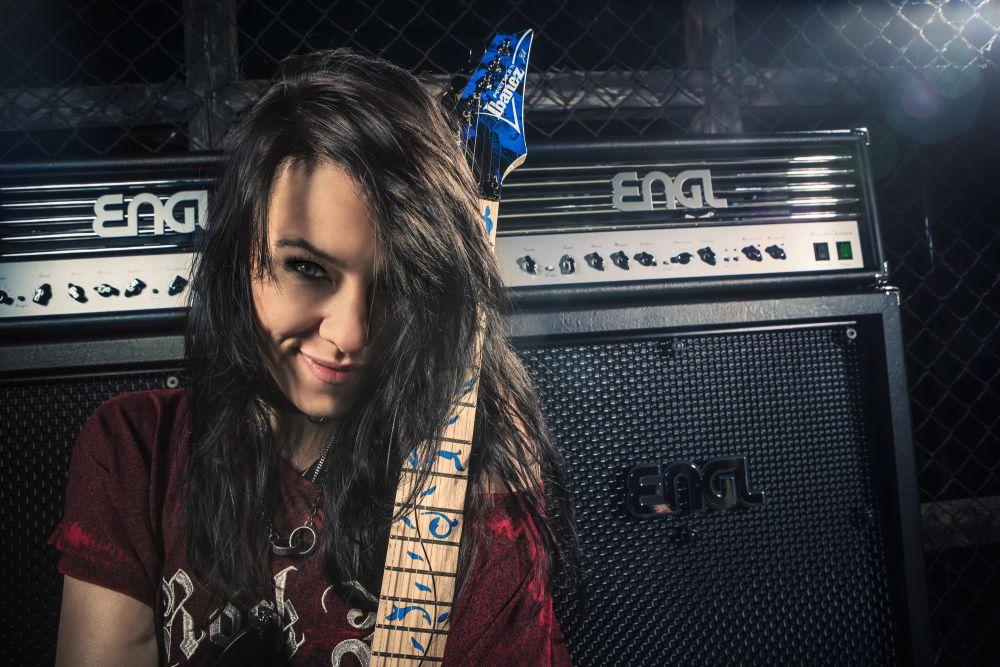