Look what our friend Jen Majura just did! 100% Indigogo goal reached less then 24hrs into the campaign for her upcoming album "InZENity"! Of course, in a shitty summer like this, who isn't looking for awesome warm socks? Throw into the mix that these will be hand-knitted just for you by a great artist (and one of the most likeable persons on the planet) and you find yourself wanting a pair of those.

Too bad the socks are gone, as are most of Jen Majura's exciting perks. Let's not forget about her upcoming new album "InZENity", though! From the title and the sympathetic, power-driven person behind it, we expect nothing less than engaging, entertaining musical madness at its best.

Visit Jen's Indigogo campaign to learn more about "InZENity" and fetch the album with exciting extras. Since she seems to be running out of her currently presented perks at an insane pace, saying hello on her Facebook might be a good idea. Leave a note what perks you'd love to see next time, besides more of those cute socks of course?

While there's not much known about the direction of Jen Majura's new album yet, she started giving some exciting hints here and there. It's probably gonna be her most personal work as yet and that's promising coming from such a skilled musician and vibrant character. Let's add some more to the rumors by quoting her right away:

"In between all the touring with my lovely band mates in EVANESCENCE, I have decided for 2017 to be the year when I am going to record my second solo album! Hashtag #whooopwhooop

Already now 4 great guest musicians have agreed to join my production with a guest solo appearance such as my dear friend Mattias IA Eklundh (Freak Kitchen) from Sweden, my buddy Jeff Waters (Annihilator) from Canada and the one and only fabulous Alex Skolnick (Testament/Metal Allegiance,  who I owe so much after he was the one throwing in my name when EVANESCENCE were scouting guitarists) from New York, just to name a few." 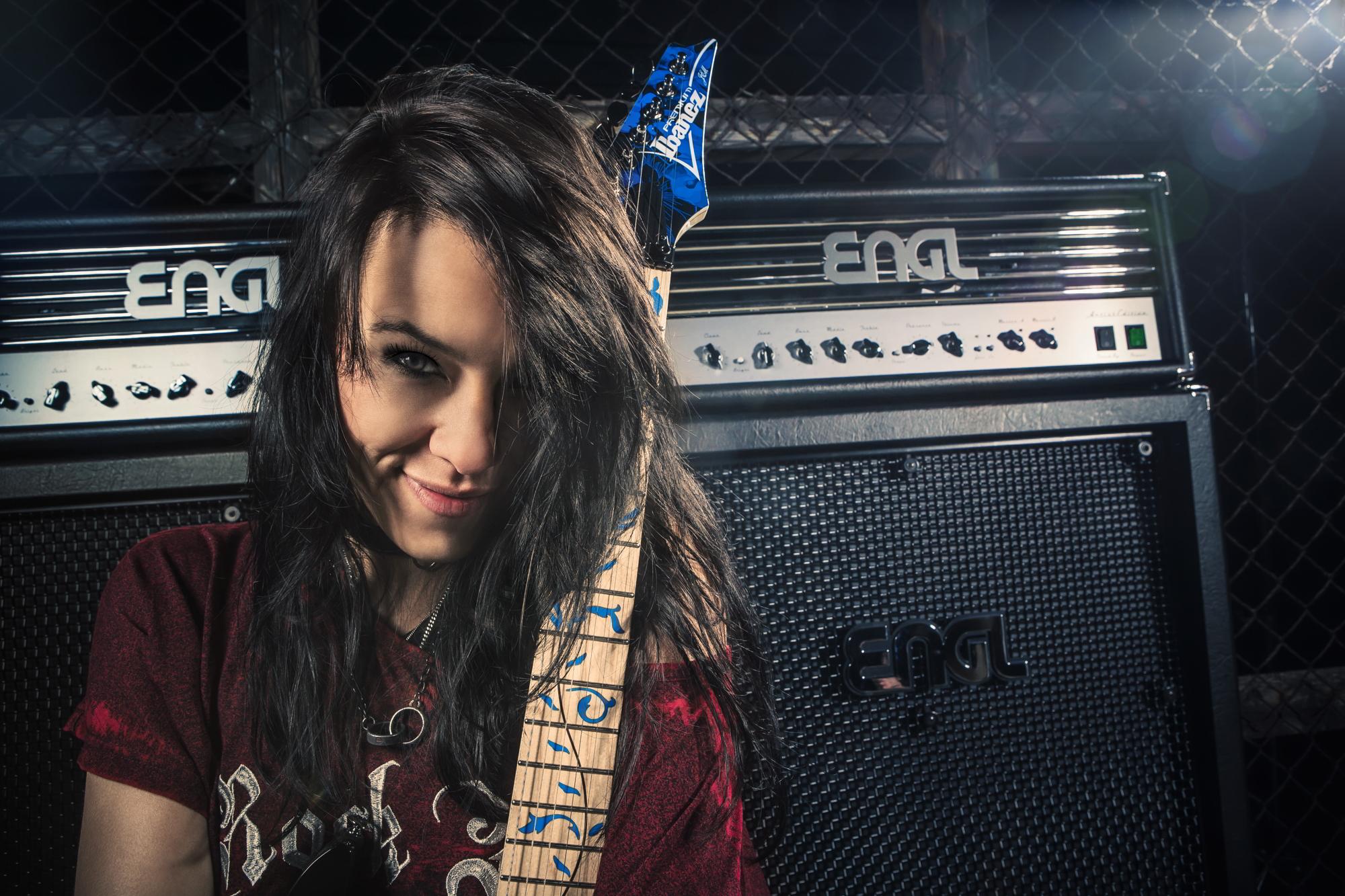