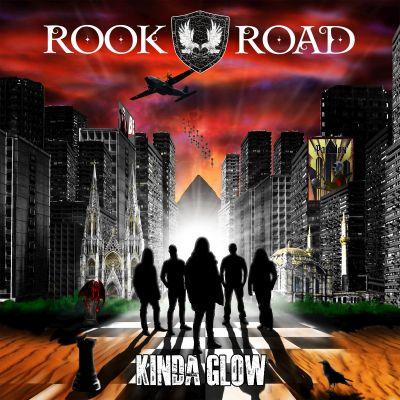 Fresh to the music scene as they have been formed in early 2020, Rook Road are bringing back some tunes that may have become a little forgotten by some people but certainly the die hard fans won’t ever forget.

This is not only for all the lovers of the good old days of blues and classic heavy rock in the vein of Deep Purple, which the band reveres massively: Friends of contemporary rock compositions aren’t missing out either with Rook Road, who therefore label their style diversity rock. Starting out in wild jams, the highly experienced musicians noticed right away that everything simply fits perfectly and feels great – the chemistry as a group just as well as the way even their earliest ideas and song patterns came together. A creative path shaped up quickly – and the band decided to take it.

Fast forward to today and Rook Road are ready to release their very first single Kinda Glow, heralding the upcoming self-titled album. The song is all about revolution, standing up for yourself and listening to your own needs instead of following others blindly. The band sends a message of giving their listeners something real and tangible to feel. Rook Road, a band where all members are equally involved in the composing process, gives more insights as to how Kinda Glow came together: “The song was created during the first Covid lockdown in April 2020. Without the possibility for direct contact and jamming, we moved the songwriting to digital and exchanged ideas online. Everyone recorded their ideas at home without further ado. The subsequent massive exchange of audio files through the web can hardly be put into words – but it all worked out and surprisingly, Kinda Glow still feels like we were jamming the shit outta it together.”

Musically, the band is following their passion of fully dedicating their output to diverse heavy rock. The single Kinda Glow really shows what the band is made of in terms of both instinct and skill. Starting off with an alarmingly sinister buzzing from the genuine Hammond organ, a disruptive drum and bass run suddenly cuts right through, followed by the guitar falling in line. This intro alone creates a feeling of suspense not unlike the iconic Jaws soundtrack from the 70s – the genius of simplicity can’t be beaten after all when backed by a keen sense for scenic effect. And just like cinema’s greatest apex predator deals its thrashing after each nail-biting premonition, the tension explodes and Kinda Glow turns into a heavy yet impelling true rocker. 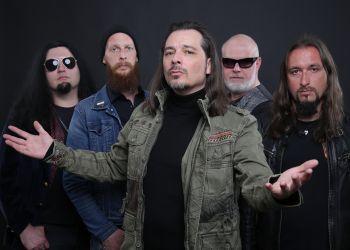 Fueled by a modern production that stays firmly put on the edge between raw power and the right degree of transparency, the band manages to retain the feeling of an intense jam with friends while proving the flawless liaison between the individual members.

The one who doesn’t get triggered to really rock it up might just as well cut their leg and jump into shark-infested water. Everyone else: Take the damn elevator up to 70’s heavy rock heaven and ask for Rook Road at the reception – you’ll be right home!

Rook Road’s debut album will be released on November 11th, 2022 and is available for pre-order now.

Rook Road completing their quadrilogy of video singles with Paradox!

The power of slow progression

Grand cinemotion for lovers and those who wanna be