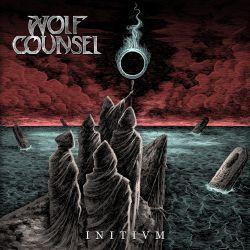 In recent times, everyone has wandered dark paths – death, doom and misery have no longer been exclusive to occult spheres and mythical surroundings, they have become a part of everyone's reality. The more present strong and negatively connotated emotions are, the more important it is to canalize them – and let something powerful rise out of the ruins and shattered pieces of one's mind.

The multinational band Wolf Counsel, based in the gloomy and ever tales-enriching heights of Ireland, are about to channel their anger and troubled senses on their 5th full-length album Initivm, garnished with heavy riffs and diversely vigorous vocals. They have definitely devoted their hearts and souls to give their fans yet again a true masterpiece of haunting harmonies and complex arrangements.

Wolf Counsel came into existence in 2014, when two veteran musicians merged their enthusiasm for monumental low-tuned music and great appreciation of ponderous bass lines into a new band. Primarily rooted in the style of late 70s and 80s prototype doom metal, their sound quickly developed a very unique and heavy signature, drawing in influences from everything that’s heavy and slow. The band members themselves name a few bands as their musical inspiration such as Solitude, Aeturnus and Cathedral.

In 2020, one of the two founding members moved to Ireland, which led to a nouveau and close creative collaboration with the new frontman Con Doyle. Wolf Counsel now lives on with the addition of new influences, a new voice and new inspiration to deliver more pure doom metal with an even heavier and more epic approach than ever before.

As the band thrives to go deep while still lyrically playing with the topic of death and mythical stories of days long gone, this approach heavily reflects on the album’s first single Farewell. When it comes to explaining the story behind the song more closely, bassist and backing vocalist Ralf W. Garcia, who is also the main songwriter, comments: “The song is about dying and how in certain ways we live through other people’s memories. It’s important to come to terms that none of this is permanent and everyone is going to die and it’s okay for people to move on.”

As the album was written during the lockdown, the fans are probably eager to see what was created behind closed doors. Live shows are definitely what everyone is waiting for – and Wolf Counsel promise to give a stripped down, true old school metal show. They don’t want any nonsense nor artificial images and no compromises. The band has played gigs all across Europe with bands like Procession (SE/CI), Epitaph (IT), The Order of Israfel (SE), Castle SF (US), Year of the Goat (SE), Obelyskkh (DE), Orange Goblin (UK), Dead Witches (UK), Iron Void (UK) and Ahab (DE) and will hopefully add new dates to their route very soon – because those songs just need to be heard live.
They have the power to provide a mass catharsis for everyone attending. 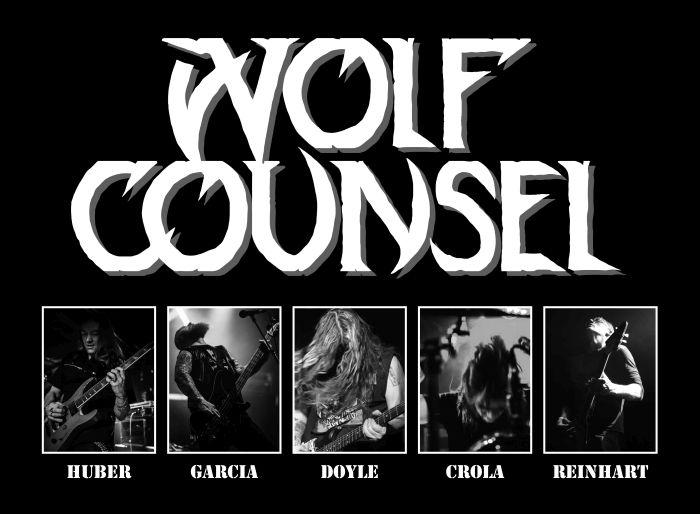 Initivm by Wolf Counsel will be released on September 30th, 2022; pre-sales start today.
Their brand new single Farewell is out now.

“We’re at the tipping point of becoming the authors of our own tragedy versus letting our planet heal!”