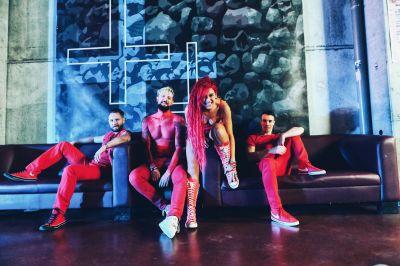 April Art intend no less than to write the best album of the world. Impossible?

April Art intend no less than to write the best album of the world. Impossible?
True to the motto now more than ever, they’ve freed themselves musically and created a completely new band feeling.

The new generation of German rock music, celebrated with performances for the legendary German television show Rockpalast and massive radio airplay for the band’s previous singles, is ready to conquer the stages and hearts with their new single Headline, another foretaste of the album POKERFACE. Extraordinarily, the band managed to get off to an upright start during the pandemic that pretty much paralyzed the whole live music business and a regular everyday band life.

“What can you do when life puts obstacles in your way? Your own thing! – and even more consistent and determined than ever before!” is the message of the April Art’s album. The band, just like nearly everyone in the live (music) industry, has suffered extremely from the pandemic and its effects. But giving up was never an option for April Art. They know exactly what they are doing – and they’re doing it with passion and a positive fuck you attitude.

April Art offer a modern, fresh, cheeky approach and give courage, power and optimism – just what the world needs right now. Despite various requests from record companies, April Art are going to release their album POKERFACE without a label. The result: hard, edgy, and melodic songs, full of energy and passion, 100% April Art. Frontwoman Lisa-Marie Watz underlines: “The songs are made for the here and now. Other partners would have only slowed us down. Even though these are difficult times, the fans are waiting for new music”. 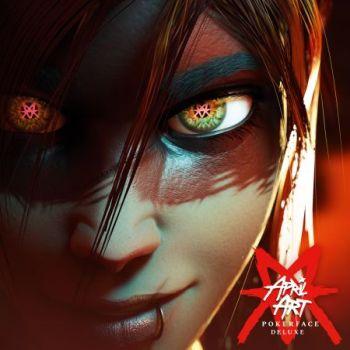 Though POKERFACE was produced completely in an own studio, the album could easily be mistaken for an US import. And that’s maybe because Ben Juelg, producer of the record and drummer of the band, is significantly involved in the production. In addition to the drums, he also operated the recording studio and helped create the complete album in less than 4 months. The result is a 12-song strong incredibly versatile set of titles, which underlies a solid foundation: The beauty and the beast, embodied in one person by frontwoman Lisa, supported by guitarist Chris Bunnel, bass player Julian Schuetze and drummer Ben Juelg. Together, the three deliver an instrumental brute pedestal for their vocal force of nature.

Anyone who has seen April Art live will know what it’s all about: The band doesn’t do things by halves. A common thread runs through the entire repertoire – a fantastic female voice with several facets, a rock singer with a lot of grunge and strong emotions at the same time. All of that is paired with the rhythm group that runs like a machine, unbelievably wicked guitar sounds and solos that will turn your head plus countless electronic gimmicks. April Art manage to unleash an energy that just blows you away.

The band just joined Dark Tranquillity and Ensiferum on tour for the first time during 12 shows in France and Spain and played on numerous stages in cities from Barcelona to Paris as well as at well-known German festivals like Blizzard and Rockharz or international, e.g. at the Alcatraz Metal Festival in Belgium. In case you missed them, there are still possibilities to see April Art play live in 2022 – at established festivals as well as during their first headline tour this fall:

The Deluxe Edition of POKERFACE will be out on September 30th on Vinyl and CD.

Stay tuned and check out more news and new dates from April Art via their social media channels and on https://www.aprilart.de.

Deluxe Edition of POKERFACE out on September 30th