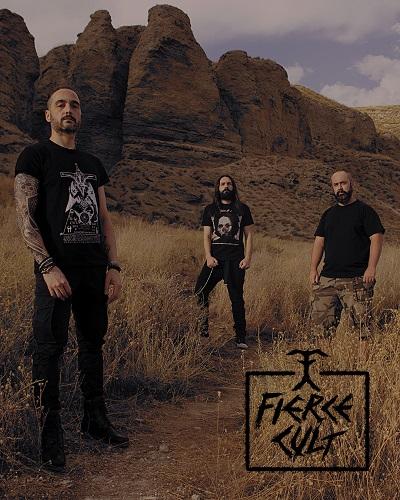 On October 1st, Spanish death metal outfit Fierce Cult celebrate the release of their first album under the new moniker by sharing one of the most intimate moments of any band’s career: Their video to One Shot, One Death grants fans a peek into the actual painstaking process of recording the skull crushing single at The Metal Factory Studios in Madrid, interspersed with simple, but no less powerful images of the premeditation that goes into the eponymous single, fatal shot. To Fierce Cult, the song is something of a mission statement, “inspired by the more than regular mass shooting crimes in the US, and how the oppressive and cynical politics of extreme capitalism breed these kinds of events”. Clearly, the band does not shy away from emphasizing their views and positions – paired with the shattering death metal they play, this marks a constellation that is not only welcomed, but very much needed in today’s scene of extreme metal. Watch the video here:

Fierce Cult emerged from the ashes of The Seed, and having been on the road since 2007, they’ve found themselves a mission  –  a mission to channel their anger, their frustration with modern society and its problematic standards, to bring people together and to make them mosh. They’re making the music they as fans would like to hear and their integrity is paying off, as the band has been landing underground hits since the very beginning. Fierce Cult’s new studio album Where Humanity Ends takes the aggressive sound of The Seed’s previous two albums to a more technical realm.

It was made under difficult circumstances which demanded near inhumane levels of endurance of the band, and it shows: The album is distilled, collective rage, as much an insurrection against the commodification of human lives on the brink of extinction as it is about the emotional damage incurred through small-scale interpersonal conflicts. “Death reaches everyone, even when the blood splatters don’t stain your door”, shouts vocalist and guitarist Koko in the title track. Fellow thrashers Jorge Molano (drums) and David Rivilla (guitar/bass) chime in like precision machinery with their aggressive, ever darkening play and sound citing greats such as Pantera, Meshuggah and Behemoth. Equal parts technical and brutal, Where Humanity Ends is a powerful 12-track attack on our cushy lives that is going to turn heads and make ‘em bang. Fierce Cult proclaim: “The cult keeps growing uglier and stronger every day, the monster never stops”. Check out Where Humanity Ends, out October 1, and find out why you’re a part of it, too.

The Album: Where Humanity Ends 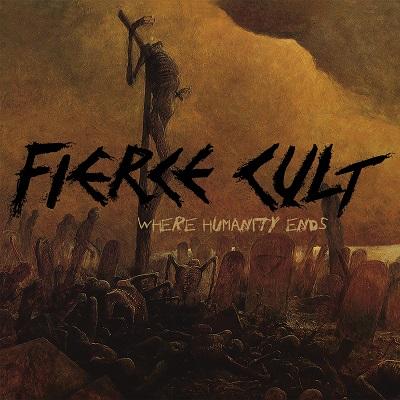 Brutal death for the soon-to-be-extinct!