Some equations do make sense to everybody – for example the fact that one bundle of energy combined with another will create an explosive force to live off. The striking synergy between two live wires and top-notch musicians now emerges into a new project that couldn't be any more energizing and uplifting: Jen Majura’s and Alen Brentini’s joint project Something On 11 celebtrates the release of its first single Soul Suffer Payment today!

Blending different influences from Queen to Testament, Something On 11 manage to create their very own essence to be captured in the harbringer of their self-titled debut album that is expected to be released on the 13th of November.

Something On 11 understands itself as a middle finger to all the mainstream rules, which reflects on the first single release just perfectly. Soul Suffer Payment deals with the burden of a regular 9 to 5 worklife by utilizing the bulletproof corset of a shatter-resistant modern rock song, combined with sharp vocals contributed by Evanescence guitarist Jen Majura, who is currently on everyone’s lips with her iconic 1MIN JAMMMS series on her YouTube channel, and Alen Brentini’s punching guitar riff. 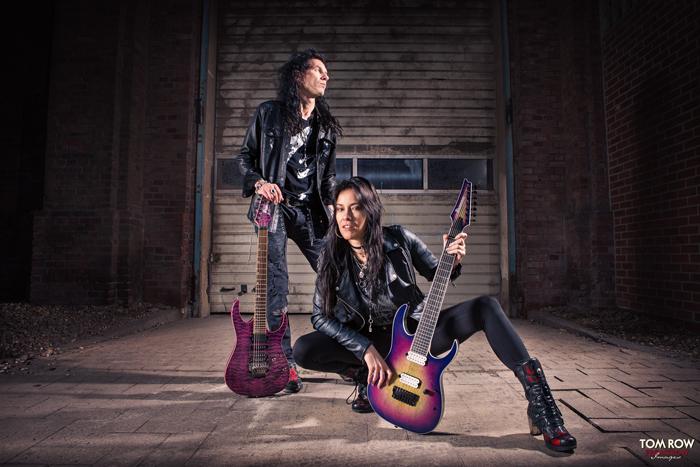 After their formation in spring of 2018, it took Something On 11 a fair while to complete the works on their attitude-loaded debut – another proof for good things indeed taking time. The album has been produced by the duo itself and features eight ass-kicking metal influenced songs that will have fans of modern hardrock and dynamics of vigorous instrumentals falling for it.

Not only should everyone brace themselves for the thunderstorm of a release that Something On 11 will bring upon us in November, but also make sure to check out their lovingly shot video for Soul Suffer Payment – a refreshing verification of the fact that creativity remains the best tool to live through tensed times.

The single can be streamed here:
https://orcd.co/somethingon11