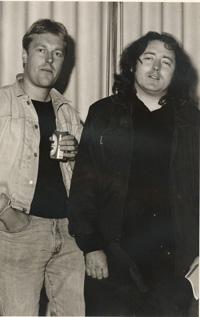 Just after the physical release of his album Storyteller, Irish bluesman Eamonn McCormack will get together with a handful of outstanding musicians to remember guitar legend Rory Gallagher. Rory, who was and still is an idol to aspiring musicians as well as established artists to this day, passed away exactly 25 years ago this weekend. The Rory Gallagher Online Tribute will be taking place on Sunday, June 14th, from 5-8pm GMT+1.

The event is hosted by Kid Jensen and will include Band Of Friends, Laurence Jones, Marcel Scherpenzeel, Dom Martin, Mark S Black with snippets from John Wilson and Rich Newman and Irish blues icon Eamonn McCormack, who underlined how honoured he is to be part of this. Asked about what makes Rory such a legend and why his legacy is still growing today, 25 years after his passing, Eamonn says:

“It’s always been said that Rory is a musician’s musician. In my opinion this is because Rory was always 100% tuned in when performing his music. Maybe this might sound daft but there is a thing called playing in ‘The Zone’ - the old Jazz guys called it ‘Losing your mind’ and more recently it’s called ‘Touching the Gods!’ It is basically reaching a point playing live that you become totally one with your instrument and the music takes off itself and the musician goes to a different level. It’s a fantastic experience, unexplainable without actually having experienced it. Maybe it’s similar to the Tibetan Monks chanting for hours and reaching a spiritual high level etc. It’s my belief that, from the moment Rory walked out on stage until the moment he walked off, even if it was a three hour show, he lived in ‘The Zone’ for the whole show and that’s why he is so appealing to other musicians - because that’s really the level they all strive for, no matter what style … If you are in this ‘Zone’, the slightest mundane passing thought, such as ‘Oh Damn! Did I lock my car?!’, can cause you to immediately lose focus and thus kill the experience. In fact, I even believe that many superstars strive for this and seek to capture that experience constantly on stage like Rory or Charlie Parker did. I even believe that many well-known artists/stars never click into ‘The Zone’ ever in their career. At least not to the point where they hit that level where their music takes flight and a life of its own and they touch the Gods and experience total expression, giving the audience a true glimpse into the depths of their inner soul. Rory, my old friend, gave us this - in bucket loads, every time!”

The Rory Gallagher Online Tribute featuring Eamonn McCormack is produced by Web Gig Live and Daniel and Donal Gallagher, and will happen on Facebook: https://www.facebook.com/RoryGallagher/ on Sunday, June 14th, from 5-8pm GMT+1. 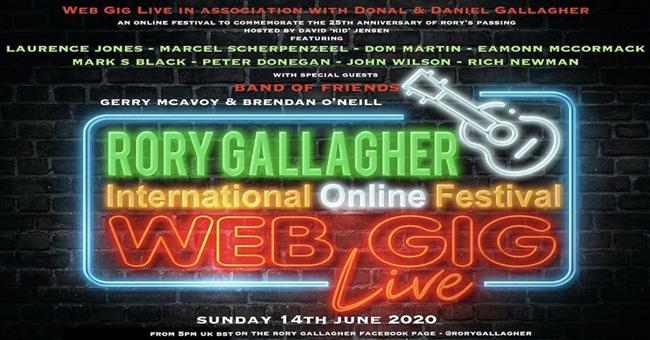