Introducing BRUNHILDE: First Single out May 22 + Much More to Come

When You Were Born (I Was Already Dead) is relreased on May 22. 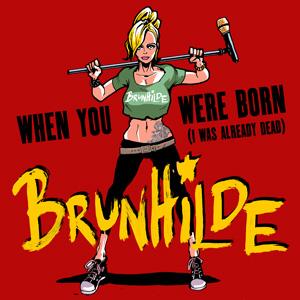 BRUNHILDE are widely considered to be the new sensation from Germany in the genres of Metal and Punk Rock. Lead singer Caro Loy and guitarist Kurt Bauereiß were discovered by master-producer Charlie Bauerfeind (Blind Guardian, Helloween). The band’s first single When You Were Born (I Was Already Dead) from their upcoming EP Choir Boy is released on May 22. After a quiet, acoustic intro, the song shows BRUNHILDE's true colours all at once: unlimited power at full speed! BRUNHILDE hits you like a sledgehammer with tons of hard riffs and blond poison!

Caro: "I’m very resolute, lively, straightforward – and impatient. That’s what the first single ‘When You Were Born....’ is all about." The singer continues: "Kurt writes all the music and then I come up with the lyrics. The acoustic, slow intro inspired my lyrics. You see, while others tend to be rather slow and take lots and lots of time contemplating, when and how they could start doing something, I have mostly already taken care of everything by myself. Before they even get up, I’m already in bed again." In other words: When You Were Born (I Was Already Dead)! According to Caro’s motto: "Life’s too short to be a time-waster!"

BRUNHILDE – a name that sounds like a thunderstorm. Mystical and legendary and very close and alive. Their name taken from the ancient German Nibelungen Saga, BRUNHILDE are rising stars with their intriguing Punk & Metal sound made in Germany. Right in the centre of the storm, there is the spectacular front woman and lead singer Caro – blond, wild and belligerent – a real Valkyrie come to life, taking the audience by storm. Accompanied by her "partner in crime", axeman and song writer Kurt Bauereiß, this beauty sets every stage on fire like a beast and knocks her fans off their feet with her style, her energy and her voice. There’s no doubt about it: BRUNHILDE emanates a magical mix of hard guitar riffs and blond poison. The enigmatic duo is about to conquer the world (of music) – with their unpretentious and straightforward Rock & Punk songs, mixed by none other than master-producer Charlie Bauerfeind (Blind Guardian, Helloween, etc.), who instantly saw the extraordinary potential of this band. All the songs were recorded in the band-owned Streetlife-Studio in Fürth, Germany. The duo was joined by bass player Oliver Holzwarth (ex-session musician for Blind Guardian) and drummer Bastian Emig (Van Canto). BRUNHILDE embark on the latest chapter of an amazing saga in spring 2020, when releasing their first single and their following EP. And those are just harbingers of their forthcoming thunderous LP. Stay tuned! 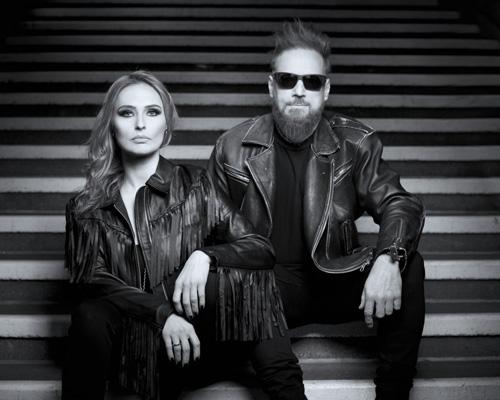 To Cut A Long Story Short

Seventh Single "Come Out, Come Out"!