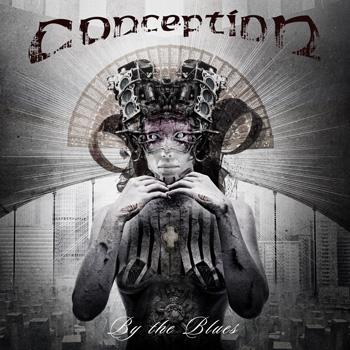 There are things in life that can guide you through both, good and bad times alike and if there is one that probably a majority of people out there will agree on, it is certainly music. For a band with a close and direct relationship to their fans, that bond is even more important and precious. That’s why just a few weeks away from the release of their much-anticipated album State of Deception (out April 3rd), Norwegian prog metal legends CONCEPTION are more than ready to present their upcoming full length and have another special foretaste for all the old and new fans out there today.

According to singer Roy Khan By the Blues is “a song about making denial, a way of survival or a passage through everyday life." And in this case, it was one that came to him and guitarist Tore Østby almost naturally: "Not only did the music for this one come easy, but even the lyrics from the demo jam are very close to the finished version.” It’s an impression that Østby can only confirm, as he says about the song’s origins: “Roy and I did a few songwriting sessions in a cabin up in the Norwegian mountains. The main guitar riff spontaneously introduced itself through my fingers one night when we were sitting up there, and the rest of the basic music, vocal melodies and even the guitar solo followed automatically for us from that moment. Wish songwriting always would be that easy!”

After Waywardly Broken, By the Blues is the second song released off State of Deception. Give it an extensive listen here to even increase your excitement for the band’s long-awaited upcoming album that’s out on April 3rd.

By the Blues can be downloaded and streamed here:
https://orcd.co/conceptionbytheblues

A message from the band.

State of Deception will be out on April 3rd.