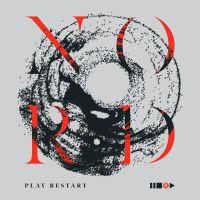 Knowing no stylistic boundaries, the five-piece combo delivers beautiful music that will surprise many. With inspiration, originality and emotion as guiding principles, they have managed to merge their hopes and dreams into a haunting piece of art. The Croatians' musical variety was already proven by the tracks they released so far – "So Alive", "Shadows" and "Killling Me, Killing You".

Now the art/alternative rockers are streaming their debut album “Play Restart” in full on Soundcloud just before its release:

"Play Restart" will be officially released on April 21st via Geenger Records.

The tracklist reads as follows:

While the days are getting shorter and the nights longer, luckily here are the Croatians NORD with a video for their new, adrenaline-laden art rock smasher Remake to wake you and shake you!

The Croatian alternative/art rockers Nord are back with a brand new video for “Play Restart”, the title track of their debut album which was released in April by Geenger Records.

Right on time for Easter, MetalDays gave us 14 reasons to be excited: the last bands for the 2017 edition of the ultimate metal holiday are here!