Storyteller will be available on April 3rd, 2020.

A true child of Dublin, driven by the musical heritage that lies in the rebellious yet melancholic Irish DNA, he started his six-string journey at the age of six. The magic and wonder that his early idols like Slade, Cat Stevens, Neil Young or Rory Gallagher unleashed upon this young lads world — he soaked it all in along with his breakfast milk.

Ten years later and by that time heavily influenced by the likes of Jimi Hendrix, Eric Clapton and Thin Lizzy, now 16-year-old Eamonn looked back at paid gigs played and competitions won, and he had already given his first live performance in the national radio.

Didn’t take long after and young Eamonn and his guitar set off to America to learn the origins and form the future of rock right from its cradle. After taking in the Californian sun and music, he went traveling the States performing and winning over live rock afficionados wherever he stopped to play.

Four years later and back in Ireland with a suitcase full of impressions and the head filled with ideas, he had become a much requested live performer for his inspiring and unique style that has been cultivated by several influences, his travel, and by observing and learning to tell all the stories he witnessed or got to play a role in.

The power and extensive claviature of emotions Eamonn McCormack is capable of expressing on his guitar couldn’t go unnoticed for too long, so he became an acclaimed, welcomed guest for world class artists, including some of his life-long idols, to play, tour and record with. Rory Gallagher, Johnny Winter, Jan Akkerman, Walter Trout and others have leaned on his ever growing skill set successfully and quite a few have returned the favor by contributing to his own recordings. He has put an audience of almost half a million people into an ecstatic state at the Parkpop Festival in the Netherlands and rocked Germany’s prestigious Rockpalast along with Lynyrd Skynyrd & The Band with television broadcast across Europe — an invitation that got renewed in 2019, albeit addressed to his real name Eamonn McCormack as, by that time and a caravan of shows rocking clubs and mega festivals alike, Eamonn had already dropped his former stage name Samuel Eddy. The storyteller had arrived!

After blowing the roof off of Rockpalast again, Eamonn and his young new band stayed in Germany and diverted the spark of energy taken from this colossal show right to finally recording Storyteller.

With guests Edgar Karg on bass guitar and Max Jung-Poppe for drums and percussion, Eamonn McCormack and band recorded 11 genuine, masterfully thought out stories that turned out a vivid, warm-toned kaleidoscope of memories, run-ins, observations and reflections, all carefully selected and baked into exciting musical narratives with a captivating voice. To put authenticity first, Storyteller is driven by a high-revving instrumental engine emitting steamy blues, singer-songwriter, traditional sounding tunes and flat-out engaging rock in a vast range of facettes and emotions, the core of which has been recorded live in the studio. The result is an inspiring rollercoaster ride to underline that Eamonn McCormack is crafting songs to cater to the people not to the genre(s).

Storyteller will be available on April 3rd, 2020 through BEM/SAOL (Cat. No. SAOL 220) throughout Europe, followed by a release in the USA later in the year. 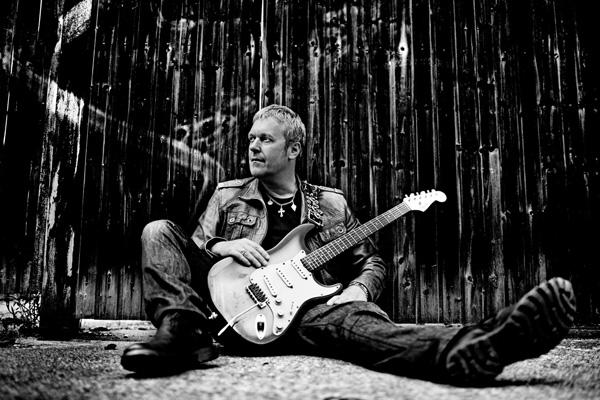