May 25th: GRAVE DIGGER opening the gates to metal history‘s vinyl graveyard to re-animate timeless classics of their past

Formed in 1980 in Cologne, Grave Digger were at the forefront of the German heavy metal movement as it swept the globe in the early 80’s. They released two demos, one in 1982 and the second Born Again demo in 1983.  This brought them to the attention of Noise Records who included two of the bands tracks on their infamous Rock From Hell compilation in 1984 alongside future label mates Running Wild and S.A.D.O.  Later in ’84, Grave Digger launched the seminal debut album Heavy Metal Breakdown through Noise Records, which was critically received by both press and fans alike. A year later they followed up with their sophomore record Witch Hunter which only catapulted the band further into the hearts and minds if the global metal scene. The band’s 1986, third album, War Games saw them on a Noise tour alongside label mates Helloween & Celtic Frost. A dramatic change in sound and a more commercial style followed in 1987 with the album Stronger Than Ever where the band dropped the Grave part of their name and just became Digger, they split six months later after the record was poorly received. The band regrouped in 1991, releasing their comeback album The Reaper in 1993. To date they have released 18 albums and continue to tour across the world.

Grave Digger’s seminal debut album Heavy Metal Breakdown was a benchmark for the German metal scene upon its release back in 1984. This remastered version includes the rare Shoot Her Down EP and liner notes from front man Chris Boltendahl. The LP is a double gatefold, which includes lyrics, memorabilia and comes as a limited edition red vinyl. The vinyl has been out of print for over 30 years! 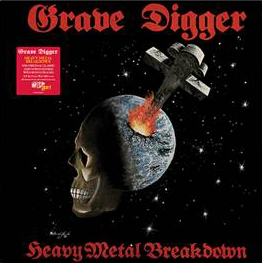 Grave Digger’s second album Witch Hunter is heralded as a classic in the annuls of heavy metal fandom and became an instant hit upon its release back in 1985. This remastered version includes liner notes from former guitarist Peter Masson and the original lyrics. The LP is on limited edition gold vinyl and has been out of print for over 30 years! 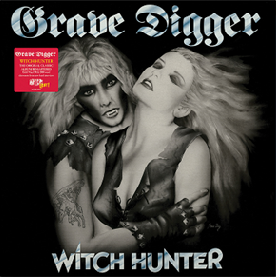