The Blue Poets: with "For A God" against the normality of war + new tour dates

THE BLUE POETS are sending out a message to the world with the release of their brand new video. Driven by passion and anger, Marcus Deml and his Blue Poets pour all of their Live Power into this emotional version of “For A God”, perfectly presented by singer Gordon Grey. His voice beautifully transfers the song’s statement out of their souls onto the stage, and from the performances exceptional recording directly under your skin. “Now you’re killing for a God that only you know” is the key line of the song which tells the story of a lonely man who used to be a “a fragile boy not allowed to cry”, who bottled up all of his feelings and eventually turned his emotions into violence, in hopes to find his way to a so-called paradise.

“Society’s acceptance of war and the suffering caused by it is one of the most absurd phenomena of humanity.” – Marcus Deml

With this theme, THE BLUE POETS address major political and social issues that unfortunately are relevant in today’s world. And it resonates, giving goosebumps to the audience and listeners at home alike. 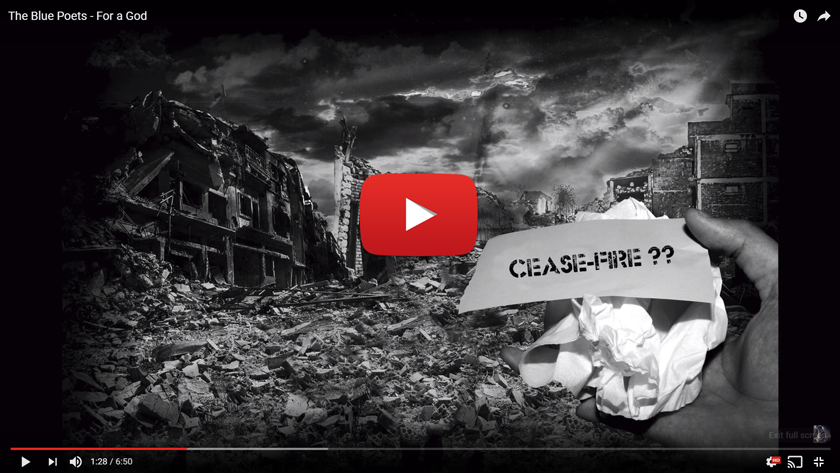 "The Blue Poets" is an album with 11 captivating songs made by a perfectly harmonizing band, showing a musical and emotional union. A must-have, not only for every blues rock and guitar fan – The Blue Poets lives off the knobby roots of blues but overall it’s one thing: earthy guitar-driven music demanding to be played fucking loud!

Result of an Intense Journey: Marcus Deml, King of Tone

The Blue Poets: LIVE POWER out!

also: tourstart and two new videos by band and fans

The Blue Poets: with "For A God" against the normality of war + new tour dates

The Blue Poets: presale of "Live Power" + behind the scenes video

Blues Rock uncut: The Blue Poets announce the presale start for their new Live Power  album and give us a peek behind the scenes with a brand new video clip.