With love from EINDHOVEN: DYNAMO CONCERTS to release their HISTORIC LIVE MUSIC COLLECTION

Over 300 unheard live performances to be released on record, beginning in June!

From the mid-80s until last decade, DYNAMO OPEN AIR in Eindhoven, Netherlands was an iconic metal festival and the go-to-place for metal maniacs from all Europe.

It all started in 1981, when André Verhuysen and a friend opened their Hard Rock Café (not the world-spanning franchise you might think of) within the Dynamo Youth Centre in Eindhoven, the Netherlands and before the year was over, the small group of enthusiasts booked RAVEN, the first ever band to play the venue, who turned in a killer performance for 300 ecstatic fans in a sold-out show.

As the time went on, live acts became the norm and in 1986, to celebrate the 5th anniversary of what by then had become hot under the name Dynamo Rock Club, André launched the first ever DYNAMO OPEN AIR on the car parking lot outside of the club. Bands such as SATAN, ANGEL WITCH and ONSLAUGHT played to an audience estimated at 5.000.

In 1994, DYNAMO OPEN AIR entered the Dutch record books by achieving the largest and longest lasting traffic jam in the history of the Netherlands. At the same time, with a massive 70.000 attendees, it became the largest metal gathering of its time in Europe, possibly in the world! No wonder with acts such as DANZIG, GOREFEST, CLAWFINGER, LIFE OF AGONY, PRONG, SICK OF IT ALL or KYUSS on board. However, that figure got put to shame one year later, counting up to 110.000 metal heads in ‘95.

Trying to find a suitable home for the ever growing festival, DYNAMO OPEN AIR moved its location several times. In 2005 it took place for the last time, featuring top-acts such as TESTAMENT, OBITUARY, TRIVIUM and ANTHRAX. Through the course of its impressive twenty year lifespan, mega-acts such as METALLICA, IRON MAIDEN, PANTERA, MARILYN MANSON, SEPULTURA, MONSTER MAGNET, MACHINE HEAD, BIOHAZARD and many more entered the DYNAMO stages and helped make it one of if not the most influential metal festivals throughout Europe.

Now, 13 years after the festival’s last run and with the help of Caroline/Universal, Dynamo Concerts opens the secret archives of live recordings and starts releasing the legendary concerts for the first time on CD and vinyl as well as digitally, and selected titles on DVD. With more than 300 recorded shows to review and process, it’s an undertaking that will easily stretch over the next couple of years. In many cases, these remastered, unique and previously unreleased or even unheard recordings will be the perfect vehicle to travel back in time and witness first hand, how bands that became superstars later gave their debut performance for a European crowd. Metal history channel galore!

The first two releases, live performances of PANTERA and SOULFLY from 1998, will be available on JUNE 22nd, 2018. 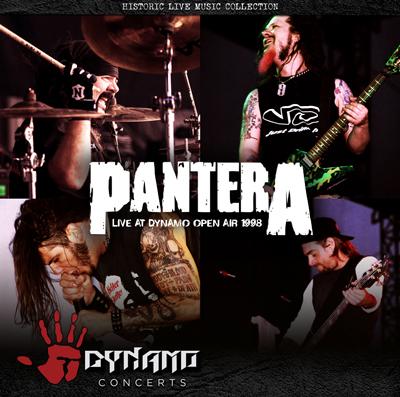 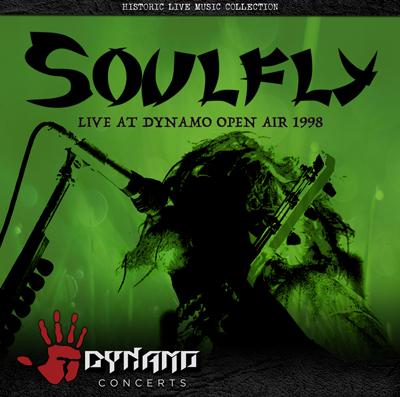 “Soufly: Live At Dynamo Open Air 1998” encapsulates the eclectic thrash metal band’s live performance debut. On this show, Soulfly played songs from their first album as well as Sepultura classics, such as ‘Beneath The Remains’ and ‘Roots Bloody Roots’. Guests on this special show include Chino Moreno (Deftones) and Benji Webbe (Skindred).

With love from EINDHOVEN: DYNAMO CONCERTS to release their HISTORIC LIVE MUSIC COLLECTION

Over 300 unheard live performances to be released on record, beginning in June!