Our favorite shredders of STRIKER just released a brand new video for their song Former Glory on Youtube. Their heavy metal machine is here to take you back to the glorious eighties, so put on your helmet, mouthguard and jump right in! You will not regret the journey.

Six months after the release of their critically-acclaimed self-titled album, Striker are back at the top of their game with a brand new video for its opening track Former Glory! And the kickass result perfectly reflects the message conveyed by the song: going at it full speed in a better shape than ever.

Striker is about to embark on a one-month North American tour with Dark Tranquillity and Warbringer starting early September. The band will play Europe again next year with a new album to present to their fans. There is no room for doubt anymore: Striker is living for the future! 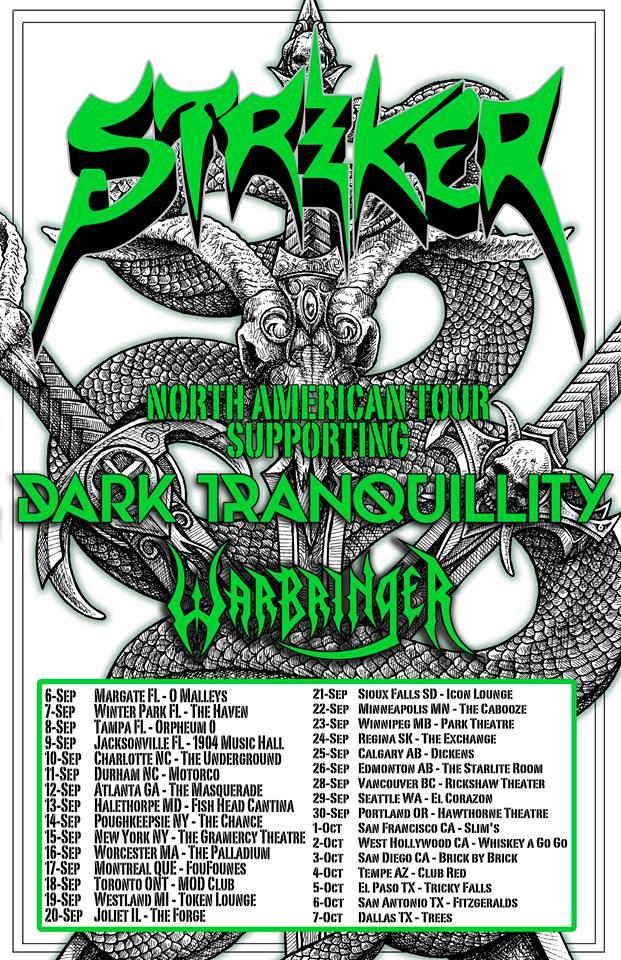 Riding high on the success of their own independent label,​ Record Breaking Records​, Striker is the fastest growing metal band out of Canada. Their fifth album, eponymously titled "Striker", is a lethal force cut from the former glory of all things heavy metal.

Stand In The Fire

Canadian heavy metal maniacs STRIKER are ready to set out on a new adventure with their fourth album “Stand In The Fire“.

Striker announce to take off with their buddies SKULL FIST for co-headliner in early November.

Striker on European tour with Sonata Arctica, Triosphere and Thunderstone!

Striker: "Live In The Studio" Continues