The year is 2019 AD. Musicland is entirely occupied by casting show idols or faceless plastic pop and suffers from declining music sales. Well, not entirely … One small band of musicians still holds out against the invaders.

For almost 30 years, Fiddler’s Green have been playing the role of the indomitable Gaulish village among Germany’s indigenous rock bands. Their form of resistance against mainstream musical practices? Playing rocked-up Irish music as a German band. Where in the beginnings they were at times met with belittling smiles, the sextet nowadays is sitting prettier than ever and can rightfully claim to be one of the country’s most successful bands. “Of course we notice what happens around us, and there are lots of struggling musicians. We were really fortunate in gaining more and more success over time,” accordionist Stefan Klug reminisces. He couldn’t be more in the right. This decade saw the albums DEVIL’S DOZEN and WINNERS & BOOZERS climb into the top ten of the German album charts, venues became larger, visitor numbers rose steadily and the SHAMROCK CASTLE FESTIVAL, established in 2009, became a multiple-day-event. “We were always consequent and never disavowed our musical style. We don’t want to sound repetitive but instead always aim to broaden our musical range, to hone and perfect it.” The band’s new album HEYDAY underlines this work ethic vociferously. Alongside producer Jörg Umbreit (In Extremo, Dritte Wahl etc.), the musicians captured 15 songs that indeed sound typically Fiddler’s Green on the one hand but also pack an unfamiliar yet very agreeable punch on the other.
“In my opinion, HEYDAY sounds a little bit more modern,” guitarist Pat Prziwara states. Tracks such as Farewell or the album’s first single No Anthem clearly carry the band’s typical Irish elements though in an acoustically freshened framing. “It might very well be that Jörg’s benevolent influence might have made the songs feel a little different,” says Pat. “We’ve known each other for four years now and don’t mince matters, leading to a wonderfully uncensored exchange enriching our musical collaboration.” It’s the small details, such as the sensational choir lines witnessable in S , which make HEYDAY stand out. “In the past, we did those track-by-track, but now we all stand around a mic and just holler it out,” singer Albi notes. “This might come across as shirtsleeved, but it sounds good. We really like that heave-homentality.” Pat offers another explanation, “Us all singing simultaneously lends an emotional charm to it all. In such moments, it’s all about feeling and euphoria, not so much about the perfect sound. Contrasting those gang shout sequences, there are also passages where we set the choirs – musically speaking – very elaborately. It’s the balancing that does it.”


Exactly. And on HEYDAY that means not only the musical aspect. The first single No Anthem deals with current socio-political questions. “People who know us in person or as a band only need some common sense to recognize where we stand on those matters,” Stefan explains. “Ten years ago, this need to communicate it just was not there,” Pat adds. “Today, you just can’t take an unequivocal stand often enough, you just can’t tire of it. And when you’re out in the public, it’s basically required of you.”

No Anthem comes along as a modern-day protest song, not unlike the works of a Frank Turner or Joe Strummer in posture and energy. But typically Fiddler’s Green, “this is not an anthem, this is a real rebel song!”. “The so-called rebel song is an integral component of Irish culture,” Stefan nods, “and if you want to combine Irish-influenced music with a message, writing a contemporary rebel song comes natural. On the other hand the Irish also have the tradition of drinking songs, which we also feel attached to,” he further elaborates with a smile.

In contrast, songs like The Freak Of Enniskillen or Limerick Style stand for a certain lightness in music and content. "An album can quietly reflect on life as a whole," says drummer Frank Jooss. "And that ranges from joy and euphoria all the way to grief or problems." With One Fine Day or Cheer Up, the musicians even get pleasantly close to their punk roots. "Strictly speaking, we can not accuse ourselves of slowing down," notes Stefan with a wink. "Many bands are using mid-tempo more often, but we have not tried a fast shuffle such as One Fine Day on any album to date." This fits in well with the bonus tracks, where the band shows their "extremely raw and fast side," as Pat says. "We took some of our old songs and spiced
them up a bit. And there's even a new song in which one band member is celebrating his commercial debut as a singer," he says mysteriously. Also an integral part of every DNA of an Irish-influenced band: the traditional. Fiddler's Green is guilty too, having already paid homage to the songs of the past extensively; this time the band surprises with a very idiosyncratic version of the shanty John Kanaka. They gave this song a subtle harsher touch (featuring only vocals and beakers) as the nightly climax during the sold-out ACOUSTIC PUB CRAWL Tour (2017). "There are many bands that incredibly use such stereotypes. We find a lot of it terrible," says Albi, "But It's something special to make an entire hall freak out by using only a few cups and voices."

"Something special" – this describes HEYDAY quite aptly. And of course, the band will also be performing the album live across the republic and in neighboring countries, where the audience can expect exactly this bundled load of merciless playfulness and an Irish-folky punk rock hit explosion, which will leave no one standing still. Even after almost three decades, Fiddler's Green still manage to surprise themselves and the fans, especially with their live shows. Their new album HEYDAY (their 14th studio output) could finally make the band hit it big time – without having to compromise in any way. Chapeau! 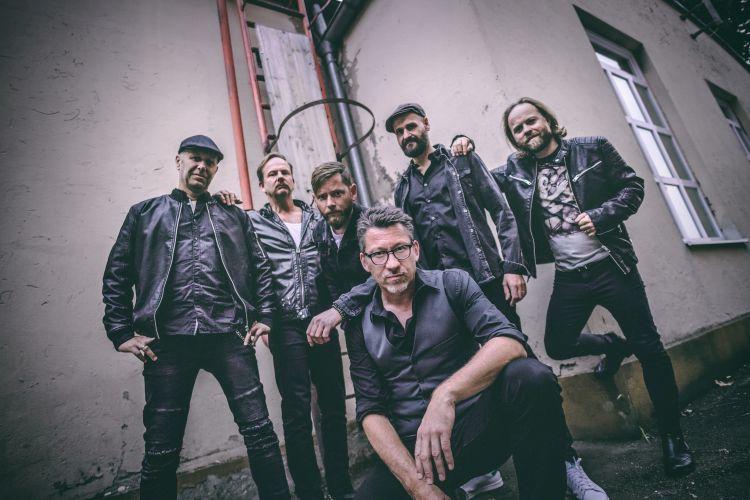