Tankard are a thrash metal band from Frankfurt, Germany, founded in 1982. Along with Kreator, Destruction and Sodom, Tankard are often considered one of the 'Big Teutonic 4' of German thrash metal. They released their first record in 1986 and continue to write and record in the same vein: fast thrash metal songs about beer and alcohol. Formed by three classmates, bassist Andreas "Gerre" Geremia, guitarist Axel Katzmann and vocalist Frank Thorwarth. Thorwarth and Gerre soon switched roles; at the same time the trio added drummer Oliver Werner and second guitarist Berhard Rapprich. They chose their name from a dictionary upon seeing its definition as "beer mug". Their earliest written song was called Ray Death, a song about nuclear war and their first gig was played in a local classroom in 1983. As drinking alcohol in the school was banned, they smuggled their beer in with milk cartons. Soon after, Bernhard Rapprich left the band as his conservative father did not want him "hanging around with a bunch of drunks" and he was replaced by Andy Bulgaropoulos.

With the line-up now stabilised, the band released their first demo, titled Heavy Metal Vanguard, in 1984. After this, the band toured with fellow German thrashers Sodom. In 1985 they released a second demo, Alcoholic Metal, which cemented their thrash metal style and lyrical themes. Both of these demos were very popular in the underground, and on the strength of this demo they signed with Noise Records with whom they released seven studio albums between 1986 and 1995. Tankard still play to huge crowds globally and released their 17th studio album in 2017. 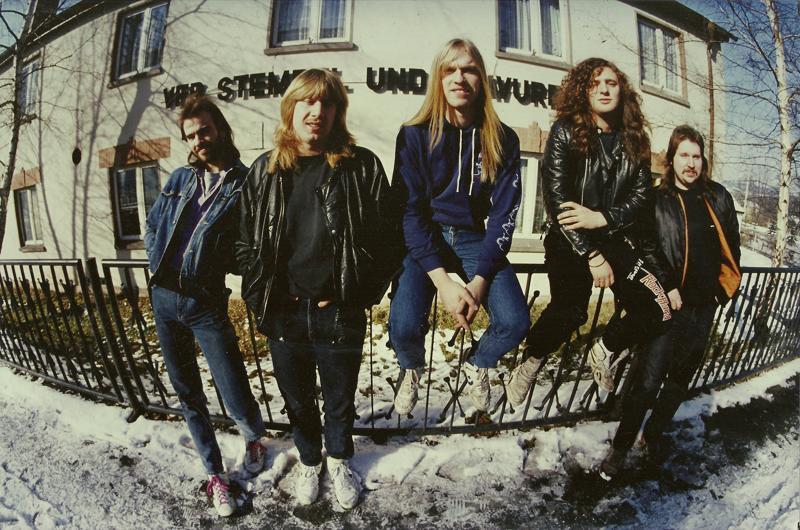