His songs are evergreens, his life’s work is as legendary as it can only be created by someone with a brilliant musical vision. It’s a vision that has entertained and inspired whole generations – Joe Cocker’s musical legacy stays immortal and unmatched in the history of rock, soul and blues. Today, a unique project enables us to experience this great artist's work live on stage again. As members of Joe’s band, Cliff Goodwin, Mitch Chakour and Deric Dyer were part of a success story unrivalled to date.

Under the name of MAD DOGS UNCHAINED they now take the chance to revive the vitality of Joe’s music in the usual high-class performance. Although the irreplaceability of Joe Cocker’s voice is undisputable, the band found a singer in Elliott Tuffin whose heartfelt love and respect for his great idol shows in every second and octave of what he does. All this makes MAD DOGS UNCHAINED an event for devoted fans from more than four decades and for a generation that never had the opportunity to experience this unforgotten concert feeling – for example with the whole family.

Cliff, Deric and Mitch not only share a past with Joe Cocker, they also share his musical vision. Together and at different times over four decades, they toured the world with one of the most iconic voices in rock history. Playing on many of his records together, their careers were forever intertwined. This connection afforded all of them the great opportunity to perform at places like Carnegie Hall, Wembley Stadium, and The Royal Albert Hall. All of this was highlighted by playing a historic free concert in Berlin the day the wall came down in 1989.

It all started in a club called the Zodiac Palace in Hamilton, Bermuda, in April of 1975. Cliff’s band American Standard and Deric’s band The Altogether were playing there for college weeks. After this first meeting, it took only a little convincing by Cliff before Deric moved from Bermuda to America and joined American Standard in September 1975. While the band was playing nightclubs and colleges, along with writing and recording, and trying to get a record deal, American Standard’s manager (friends with Michael Lang, one of the producers of Woodstock) realized Joe Cocker was looking for a new band. Michael was soon convinced that they might be a good fit with Joe and arranged for him to meet the band. Joe was sold when he saw American Standard playing in a small club outside of Boston and an afternoon spent rehearsing with the band.

Michael and Joe’s decision to bring in the legendary Nicky Hopkins (later replaced by Mitch Chakour in 1978) on piano and Bobby Keys on sax built credibility for this now powerhouse band. Joe Cocker and his new band set out on a seven week tour of New Zealand and Australia, followed by very successful tours in America, Europe, South America and the rest of the world the following decades. 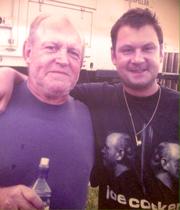 After Joe’s passing, Deric and Cliff talked and felt the need to keep his music alive. They reached out to Mitch to propose their idea for a project and he was in! But one question remained: Who could possibly stand in Joe’s shadow and sing his songs? They had almost given up until a chance hearing of Elliott Tuffin.
Living in London, Elliott became a huge fan of Joe’s and a great singer in his own right. He had posted some of his material on Facebook. Recently, Cliff’s wife SueAnn was listening to Elliott’s version of Unchain My Heart. The similarities between the two voices were so uncanny, Cliff thought his wife was listening to Joe but realized she wasn’t. It was Elliott Tuffin! Cliff and Deric decided they had found the guy with the voice that could make Cocker Rocks possible.
Elliott’s true love and respect for Joe was undeniable. That along with his incredible voice made Deric and Cliff feel they could now do justice to Joe’s legendary music. Time to start the project! 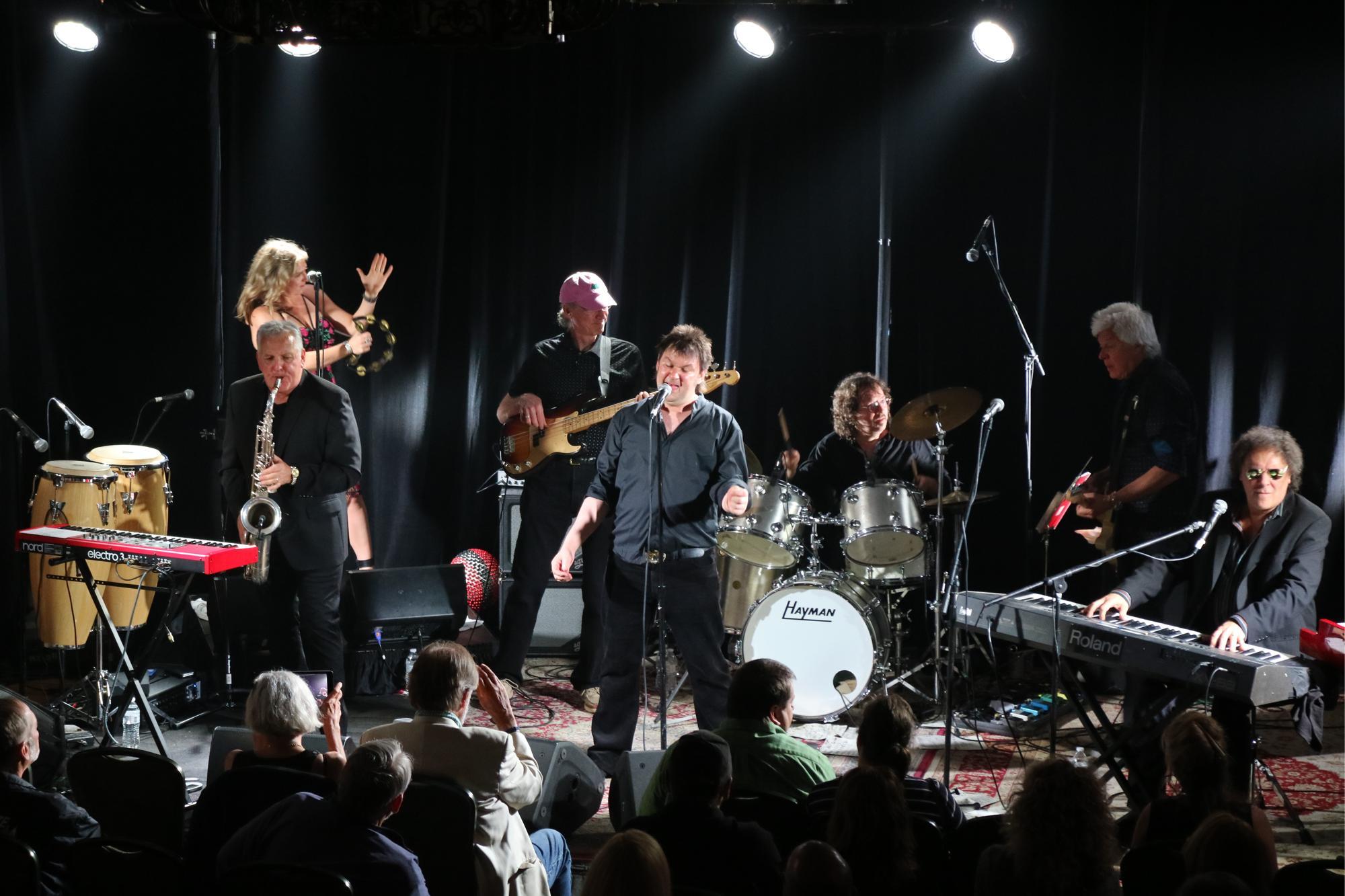 His songs are evergreens, his life’s work is as legendary as it can only be created by someone with a brilliant musical vision.

His songs are evergreens, his life’s work is as legendary as it can only be created by someone with a brilliant musical vision.